To have the optimal experience while using this site, you will need to update your browser. You may want to try one of the following alternatives:

Flood Risks Increase After a Wildfire 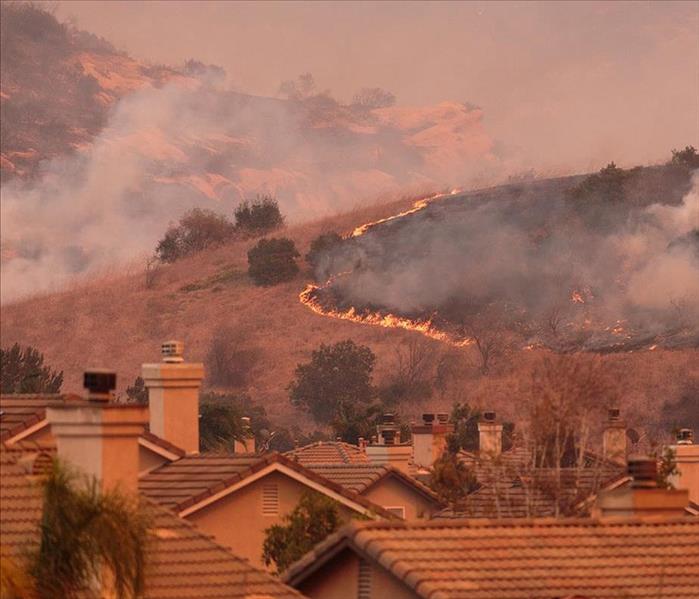 Preparing your home for a wildfire is important when wildfires are present nearby.

After a Wildfire, The Risk of Flooding Increases

Homes in Cedar Bluff, TN, not located in a flood plain aren’t required to acquire FEMA NFIP coverage. If the area has been affected by a wildfire, it may be worth reconsidering this extra layer of protection. After the fires are out, there is a significant increase in the chances of flooding.


The Secondary Effects of Wildfire Damage
If your property is still recovering from the fires, you don’t want to have to deal with flooding damage on top of that. Unfortunately, once the vegetation and topsoil are damaged, it leaves a new layer of ash and soil that is not able to properly absorb rainwater. This damage increases the chances of two destructive natural events:

Flash Flooding: Prior to the fire, that aesthetic greenery was working hard behind the scenes to slow down water flow. Once it’s gone, even under half an inch of rain has the potential to create flash floods and thousands of dollars of damage.
Debris Flows: Eroded soil no longer prevents the water from slowly flowing downhill. Instead, it increases its speeds, enabling it to pick up large debris on the way.

When To Get FEMA NFIP Coverage
While this coverage is an added cost, it is worth considering after a fire. While it depends on the extent of the damage, it may take two to three years for the vegetation to regrow and up to five years for the soil to return to the necessary absorption capabilities. While a storm and water damage restoration company will be able to return your home to its preloss condition, those repairs will likely not be covered by your general homeowner’s policy.
While FEMA NFIP coverage is a must for homes in flood plains, it is also a good idea for people living in areas recently affected by wildfires. With an increased risk of flooding, obtaining this extra insurance may offer added peace of mind.